In this week’s parsha we are introduced to the first marriage in the Torah. It is contractual, well thought out, based on common values and has consent from those involved. This is in stark contrast to last week’s parsha which gave us a window into some of the most unhealthy relationships, with the promiscuous behavior […]

The parasha opens with Avraham sitting in wait at the entrance to his tent and, despite recovering from surgery, he is hoping for a passerby upon whom he can bestow kindness. Three angels – Gavriel, Rafael and Michael – pay him a visit in the form of three Arabian travelers. Avraham runs to greet them […]

This shiur is dedicated in memory of Avi Mori, Yehoshua ben Azriel HaKohen, on the occasion of his 33rd Yahrtzeit Sukkot begins this year on Sunday evening, so we will devote this week’s shiur to the mitzva of sitting in the Sukka. This mitzva, which appears in Sefer VaYikra, (23:42-43), is one of only a […] 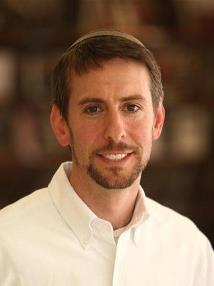 Moshe describes the mitzvah of Hakel, one of the final mitzvot of the Torah, in the following way: “Every seven years, at the conclusion of the Shmittah year[1], on Sukkot, when all Israel comes to appear before your God in the place that He will choose, you shall read this Teaching aloud in the presence […]

It has been a true pleasure to attend many weddings in the last month or so (including that of my own daughter).  In honor of all of the smachot I would like to dedicate this shiur to the Haftara of this week. In general the Haftara is a selection of Navi that relates to the […]

The question is asked: why, in this week’s Parshat Ki Tavo, do we read the Tochechah (curse we may get if we don’t observe the mitzvot) quietly, in a low voice? It seems that we do so in order to hush it up – sort of “shove it under the rug”. That seems wrong! Why was such […]

There is a well known section of gemara at the end of Massechet Chullin which tells the unfortunate story of a son instructed by his father to climb up a ladder, send away the mother bird and bring him the chicks. The son did as asked by his father, yet on the way down he […]

The Secret of the Incense

In this week’s parasha, Korach (in Israel), we learn of the famous rebellion instigated by Korach against the leadership of Moshe and Aharon. Korach gathers together a band of followers in his attempted uprising, his major claim to Moshe and Aharon being: . . . וַיֹּאמְרוּ אֲלֵהֶם רַב לָכֶם כִּי כָל הָעֵדָה כֻּלָּם קְדשִׁים וּבְתוֹכָם ה” […]

I’m personally dedicating this Dvar Torah and its message to the new Bogrot of 5782 (!) and to all the bogrot who are forever part of the HaRova family and who have made HaRova their home. In the midst of the detailed and lengthy instructions for how and when Bnei Yisrael will be traveling in […]

One of the key attributes required in order to grow through Torah is known as “ עמל התורה” – the toil of study of Torah. It is a value which stands on its own and is seen as crucial to internalize Torah values and knowledge. The Talmud (Bava Kama 20b) teaches this principle by conveying […]